Japanese game publisher Bandai Namco Entertainment showed off seven action and role-playing titles that are expected to debut in 2020.

At a preview event in San Francisco, I was able to play hands-on with most of the games that the company displayed. They ranged from Bless Unleashed, a massively multiplayer online role-playing game that debuted in 2019, to Captain Tsubasa: Rise of New Champions, an anime-based arcade-like soccer game where the players have superhero powers.

I had no idea what I was walking into when I attended the event, as these aren’t in my wheelhouse. But I enjoyed exploring the new worlds. Here’s the descriptions of the games and my impressions of them. 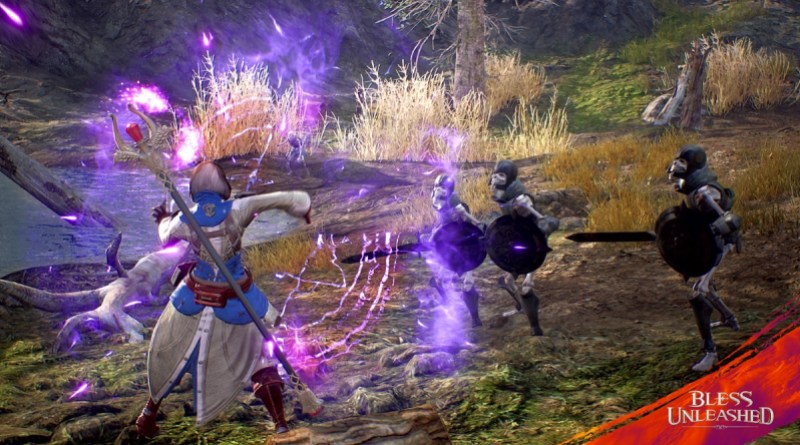 The game is in beta testing on the Xbox One, and it is built with hardcore MMO fans in mind. The Unreal Engine 4 game has a persistent world, Lumios, where gods exist. Mythical beasts are a constant threat. An evil sorcerer attacks a city during a festival, and your job is to uncover divine secrets on a journey to defeat the return of the sorcerer.

You play as an adventurer, and you can design your character to look just about anyone you want. That process can take a couple of minutes or as long as you’d like. I just dashed into the game with a swordsman.

The graphics looked good, but I wouldn’t say it was superior to other recent online MMOs that I’ve seen. While it looks good, there’s a lot of competition out there. There were a variety of enemies that I had to beat in my short play time. Then I ran into a boss who was fairly easy to beat. I just had to avoid his heavy attacks and sneak around behind him and stab.

I had to use a number of combo attacks to do more damage, and dodge a lot. That was good, as it changed the drudgery of simplistic attacks I’ve seen in other games. I did this enough times to bring the boss down. I considered this to be the most immersive and best-looking game of the day, but it wasn’t particularly thrilling.

The game has a progression system crafted for online play and an integrated players-vs-player (PVP) mode to provide added challenges and rewards at every turn.

You can choose between five classic fantasy jobs, including the arcane wielding Mage or the bloodthirsty Berserker.

The game has been in beta testing since the first half of 2019, and it debuts on the Xbox One as a free-to-play title as soon as it’s done. Round 8 Studio, a division of Neowiz, is making the game. 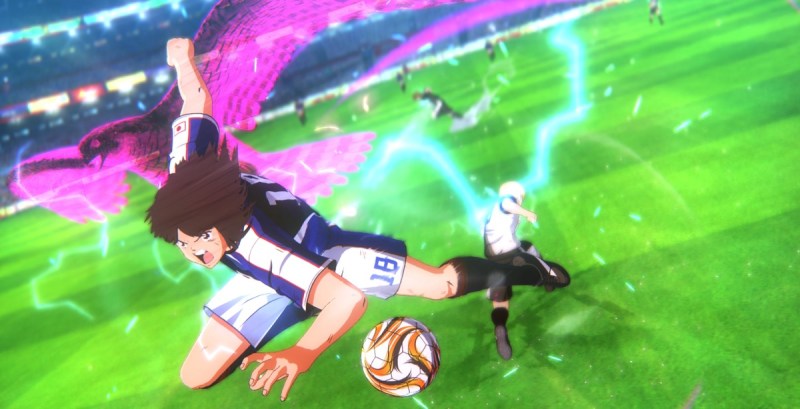 The worlds of soccer and anime collide in Captain Tsubasa: Rise of New Champions, based on the Captain Tsubasa series by Yoichi Takahashi (no relation to me).

The game chronicles the athletic exploits of Tsubasa Ozora as he plays out his love for the game and advances through the ranks of multiple soccer leagues.

Captain Tsubasa: Rise of New Champions puts players in an action-packed soccer game with over-the-top gameplay and an accessible approach. I figured I didn’t need any tutorial to start playing, after I looked at the control sheet.

You can play it like an ordinary soccer video game. But you can also use your powers to execute powerful offensive and defensive moves to gain an advantage during the match. The animation is like being in an anime film.

I couldn’t really get the hang of the play in my play session. The opposing team had a good shooter who kept blasting the ball into my goalie. The goalie caught the ball, but the player shot with so much force that the goalie flew back into the net. I figured out I had to tap the controller a lot to stop that from happening.

I was able to use a sliding kick move to steal the ball occasionally, but the other team kept stealing it back. I guess I really did some kind of tutorial to figure out how to use my characters’ own superpowers to blast the ball back.

The game has story, versus, and online versus modes. Tamsoft is making the game for debut this year on the PlayStation 4, Switch, and Steam. 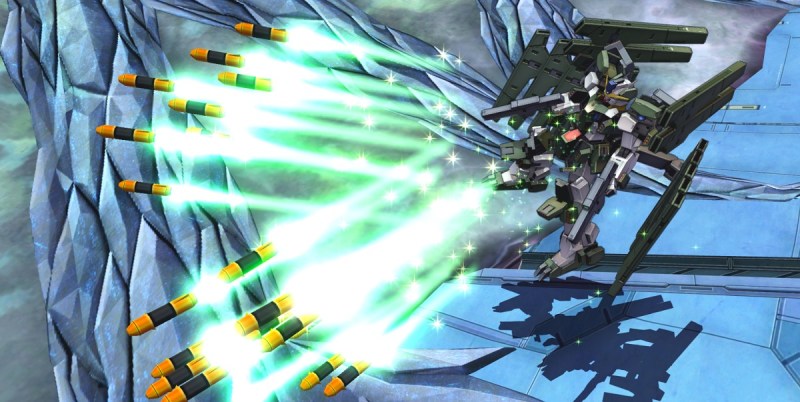 Above: Missiles away in Mobile Suit Gundam Extreme vs. Maxiboost On

This Gundam flying mech game is coming to the PlayStation 4, and it will let you fight two-on-two battles that span locations and gear from across the history of the series.

The game is a true port of the arcade version of the game that debuted in 2016 in Japan and is still popular today.

I walked blind into this demo and just started fighting. There are 183 different units from the entire Gundam universe, each with different abilities. You can spend so many points to equip your mobile suit before going into action.

The mobile suits can walk or run around on the ground or take to the air to try to dodge heavy attacks. Your basic choice is to blast your enemy from afar with ranged missiles or close in for a melee assault.

It’s a little complicated by the fact that there are two enemies fighting against you and your friendly mech. You can gang up on one enemy but run the risk of being attacked by the other one. You can also stay on the ground or fly to become a harder target. You can use your Ex Burst, or power-up ability, as a way to finish off an enemy. But they can use it on you as well.

The action is fast, and the rounds are over quickly. I liked the speed of the game, but I occasionally encountered lag in my button mashing. In no time, I had played 10 battles. I played single-player games, but you can also play co-op. The game debuts this year on the PS4. I liked this one. 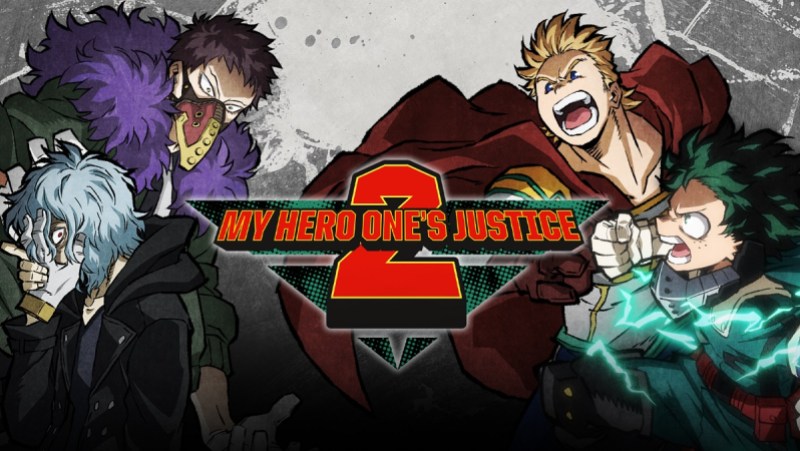 Above: My Hero One’s Justice 2

Based on the hit anime series, the heroes of this world fight in this 3D arena combat game that pits heroes and villains in the ultimate test for righteousness.

You can play through the anime-based story relive scenes from the shows. You can pick up after the finish of My Hero One’s Justice and see what happens to Deku and the class at UA.

The cast has 40 playable characters. You can fight to build up your plus ultra meter and pull off special combos.

Byking is making the game for the PS4, Xbox One, Steam, and Switch. It comes out in 2020. It will come out in multiple languages. Sadly, I didn’t get to play this one. 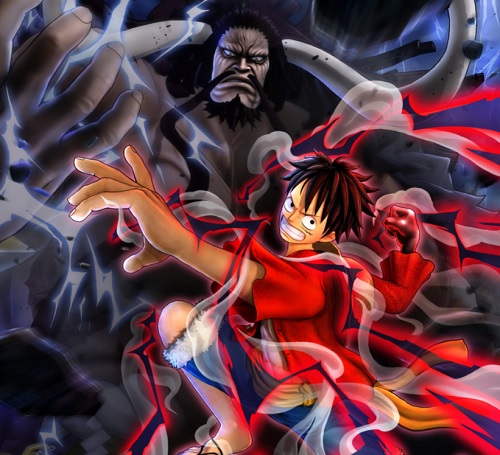 This was one of the crazy games that was very Japanese, from the “action musou” genre that developer Koei Tecmo has made popular. I think that means the game has a lot of cannon fodder that you can shred with impunity.

I played Nami, a female character who wore a bikini top in the middle of this action-oriented fantasy world. Her attire was not very practical, but since this game has the No. 4 after it, I figure the developer knows what they’re doing.

I wasn’t super-sized, but I found I could swing my weapon like a scythe through the enemies, stunning a dozen at a time with the first blow and then knocking them out with the next blow. I could also summon a powered attack to blast rows of the enemy. Talk about a power fantasy. But I could never rest because there were so many of them.

Every now and then, I found a boss character to chase down and attack. But many of them disappeared under a timer, so I had to be fast. The island had a mini-map that showed me where I had to run to rescue Luffy.

The game is coming out on the PS4, Xbox One, Switch, and PC this year. Up to two players can play offline, and up to four can play online. 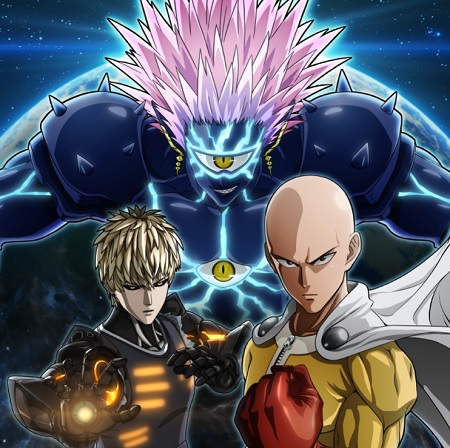 Above: One Punch Man

In this game, you play as One Punch Man, a hero that nobody knows. And yes, this is another game where I had no idea what I was doing.

But I was the hero that this world needed. With the help of Saitama, the strongest hero in the universe, and Genos, his faithful student, I was put to the test, wearing my big red gloves.

I was thrown into a dynamic fighting experience, in a modern world where I had to run to different mission spots to take on characters. Fortunately, there was a good tutorial where I learned to punch and dash.

Then I was ready to join the Hero Association and fight the monsters and villains in the world. The game features dynamic 3-versus-3 fighting. You have to deal with things like meteors, a giant, other heroes, and more.

As you fight, you level up and upgrade skills, purchase costumes, go on quests, and learn more about the One Punch Man universe. Spike Chunsoft is developing the game. It debuts on February 28 on Steam, Xbox One, and the PS4. It will be out in Japanese and English. 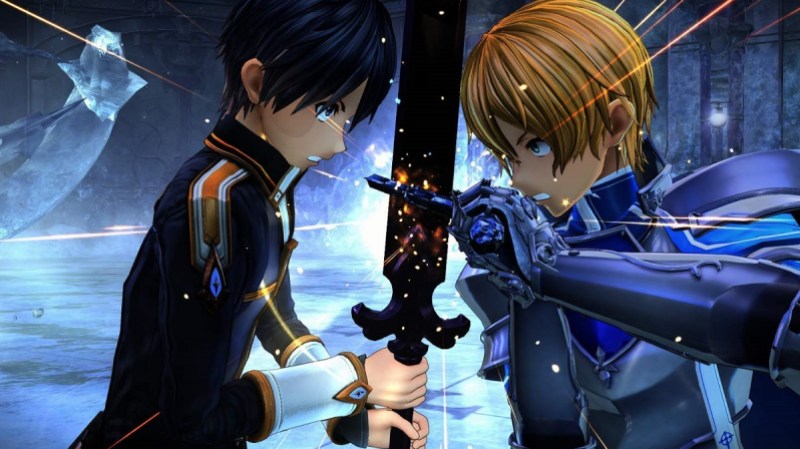 This JRPG is based on the Sword Art Online anime story. You play as the protagonist Kirito and immerse yourself in “Underworld,” a mysterious virtual world set in the anime’s Alicization arc.

Lycoris is a species of flower found in the South of Japan which symbolizes passion, sad memories, reunion, and self-reliance. You’ll experience these themes as you dive into the game’s storyline. At least I think that’s what happens.

Kirito has awoken in a mysterious yet somehow familiar virtual world where AIs behave like humans. In this world, Kirito meets a young man named Eugeo. They make a promise where their destinies will soon become entwined. To keep that promise and stay together, they must venture onwards.

Playing as a busty female named Medina, I led a group of four characters into a nest of spider-like creatures. We had to make our way through a wilderness, cross a bridge, and fight some monsters in a meadow. We dispatched some creatures with long tails at first, and then we had to take out a big creature that was like the cross of a bird, a dog, a wolf, and a spider — all at the same time.

I hacked at it and ran away, and I did this maybe 20 or 30 times until all four of us brought down the monster. It reminded me of hacking away at a monster in God of War, though it seemed a little sluggish.

You can relive the Alicization with your favorite characters such as Kirito, Eugeo, Alice, Administrator, and many more. Aquira is making the game. It comes out on the PS4, Xbox One, and Steam on May 22.